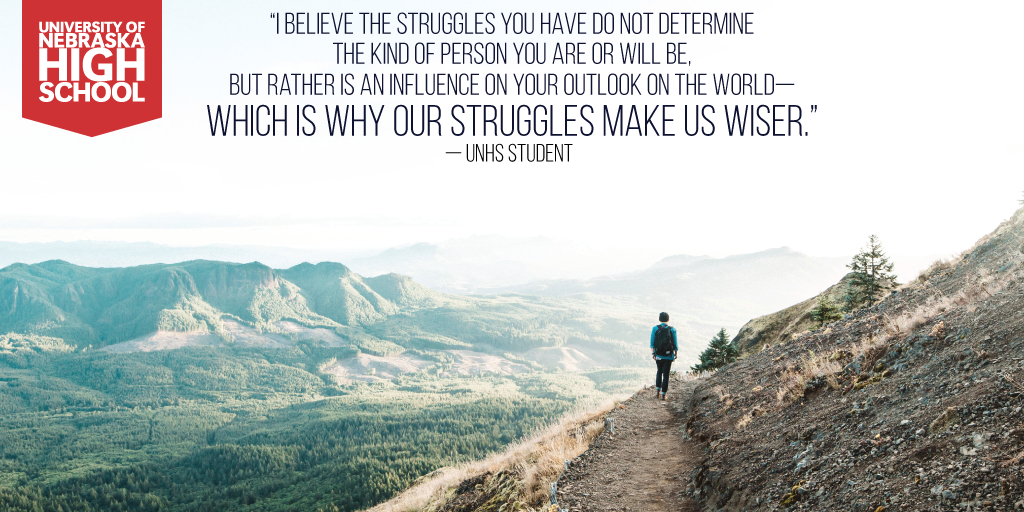 “That which does not kill us makes us stronger”.

This statement is first credited to German philosopher Friedrich Nietzsche in 1888, but in the not too distant past (2011) was used repeatedly in a song by Kelly Clarkson called Stronger. I don’t believe this quote is true in all circumstances, but in many cases there are some obvious benefits of going through trials and tribulations.

Although not many people would choose struggles over prosperity, going through difficult times can help develop important character qualities. To illustrate the importance of facing adversity, I would like to share a brief synopsis of a couple famous Americans and their ability in overcoming obstacles:

One of the most beloved United States Presidents, Abraham Lincoln, lost eight different elections, had two failed business ventures and had a nervous breakdown before he became our sixteenth President in 1860.

Talk show star, Oprah Winfrey, was born to single teenage mother in Mississippi; was physically abused; became pregnant at 14 and lost her baby; and was shuttled back and forth to various family members.  Today, Oprah has her own cable network and became the first African-American billionaire.

Abraham Lincoln and Oprah Winfrey are just two examples of people who have faced adversity and were able to use their setbacks as fuel for success.

How did they do it and how can you get through tough situations?

Below are three principles that should help:

One of my students at the University of Nebraska High School recently shared an important perspective on facing adversity: “I believe the struggles you have do not determine the kind of person you are or will be, but rather are an influence on your outlook on the world—which is why our struggles make us wiser.”

Who doesn’t want to become wiser?

Accredited online high school program providing award-winning curriculum to students in all 50 states and more than 100 countries. View all posts by University of Nebraska High School