If there was ever a time to follow the crowd, this would be it. More than 400 million people speak Spanish. The future lies in knowing at least one language apart from English. 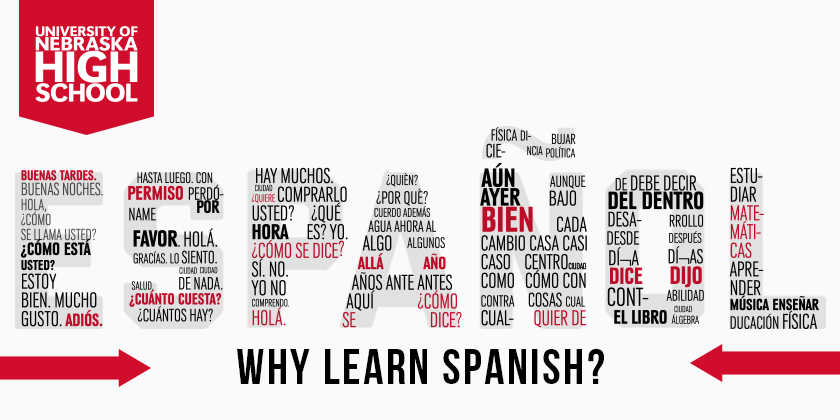 If there was ever a time to follow the crowd, this would be it. More than 400 million people speak Spanish. The future lies in knowing at least one language apart from English. Even if you are a native Spanish speaker, being able to converse isn’t enough. True proficiency lies in being able to read and write just well as you can speak. If English is your first language, Spanish is one of the easiest languages you can learn. Stats look great on paper but there are some tangible benefits to being fluent in Spanish as well. Read on.

That near-perfect GPA might open some doors for you, as would being president of that popular student organization on campus, but Spanish-language fluency would get you a definite foot in the door. Large companies have an increased global presence and prefer to hire bilingual employees as it simplifies their operations in other countries. So whether you’re pursuing your company’s interests in Guatemala or helping develop relations with businesses in Argentina, you’d be dealing with native Spanish speakers. Chloe, an advertising and public relations major at the University of Nebraska–Lincoln declared Spanish as a minor because Hispanics are one of the largest growing demographics in the United States. Understanding both the language and their culture will definitely work in her favor.

You’ve sacrificed enough in high school to get good grades and clock in all those extra-curricular activities, as have most of your peers. Well-rounded students make universities look better. You need to bring more than just academic potential and your charming personality to the table if you hope to enroll at a prestigious university. Most universities require two or more years of the same world language training for admission. Start your Spanish courses early. The competition’s heating up.

No, you aren’t going to be restricted to embassy jobs (which are pretty cool, by the way) or work in some stuffy cubicle translating the pile of documents lying on your desk. Learning Spanish is a value-add irrespective of your degree. Taylor, a business major at the University of Nebraska– Lincoln, decided to learn Spanish because it helped her connect with her extended family who are of Mexican descent. Needless to say, a minor in Spanish also complements her business degree and opens up a world of possibilities that otherwise would not have been accessible to her.

While traveling is a great way to expand your horizons, Spanish cultural immersion won’t require you to travel several thousand miles away. Netflix and HBO already have several Spanish language programs and your laptop is your gateway to the world. Your favorite podcast probably has a Spanish option. Broadcasts of most sporting events have an option to switch to Spanish commentary. You won’t just expand your vocabulary, you will end up learning colloquialisms and master the cadence and pronunciations of the native speakers.

Language skills are the best ice-breakers. There are at least 21 countries with a majority Spanish-speaking population. You can bring a smile to the face of the person you interact with by just saying “Hello” in their native tongue. Imagine what you could do by conversing entirely in Spanish!

Have we given you enough reasons to add Spanish to your course load next semester? The University of Nebraska High School has four years of comprehensive Spanish-language courses. Students can increase their vocabulary and their understanding of grammatical constructions as well as their knowledge of Hispanic culture.

Confused about where to start? Take the University of Nebraska High School’s Spanish Placement Test and find out what level of courses to apply for.

UNHS advisers are happy to discuss our Spanish courses with you and, if necessary, develop a personalized curriculum plan. Contact our advising team at unhsadviser@nebraska.edu or visit highschool.nebraska.edu for more information.